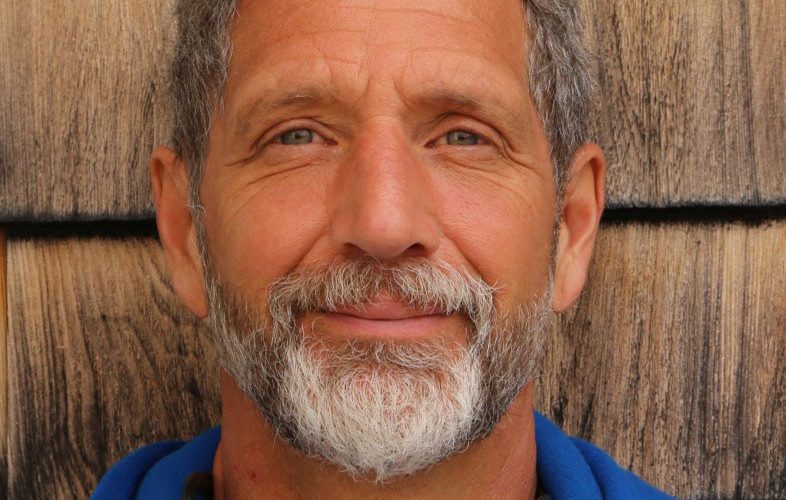 In this episode, Tim and Steve are talking about code… yes, the building code.

Who gets excited about the building code? One of the most common thoughts is that it makes it hard for a contractor to make money, however another thought is, it sets a low bar and as professionals, we should all be building better than the minimum standards.

While likely different across the US and Canada, building codes have a common trait in that they can be a barrier to workflow and our guest for this episode, Mike Guertin, provides us with some useful information and advice on things you may be getting wrong and ways you can stay compliant.

Mike Guertin has been building and remodeling homes in the smallest state in the union for over 40 years. Mike regularly writes for Fine Homebuilding and JLC magazines and trains other contractors on better building practices and building codes at JLC Live, Deck Expo, IBS and other construction trade shows.

We are excited to announce that Tim’s Lead Carpenter Handbook has been updated, re-formatted and re-launched!

Click here to learn more and get your copy from Amazon. 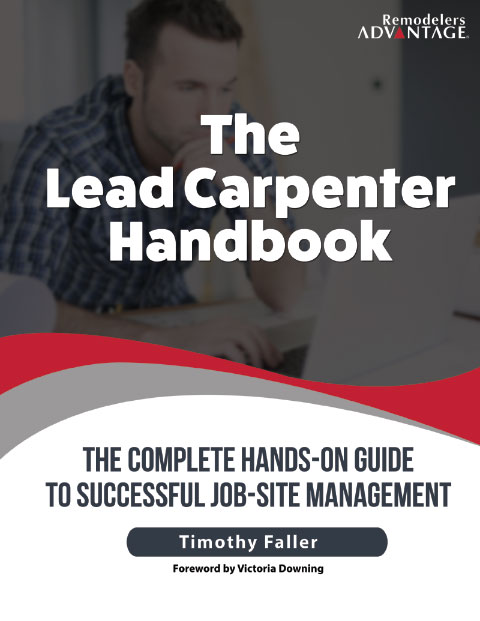 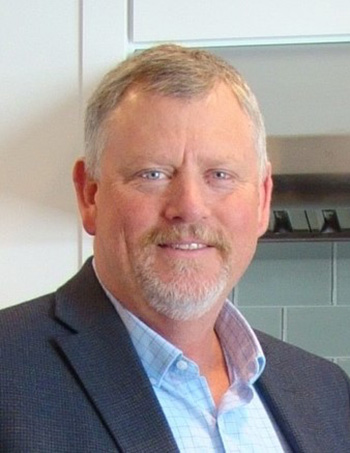 Ep.120: After the Fire – Where Are They Now? with John Murphy

In Episode 87, back in January, we spoke with John Murphy about the devastating fire that ripped through his cabinet shop and office and the process they were using to rebuild, literally from the ashes.

And, of course, soon after we spoke, COVID hit and they were faced with yet another obstacle… however John’s company was already working remotely, so perhaps they had a head start on the rest of us.

John and his team at Murphy Bros. Design/Build/Remodel in Minneapolis are ready to move back into their offices in the next few weeks and in this episode, Tim and Steve catch up with John to talk more about the process he went through to get there. 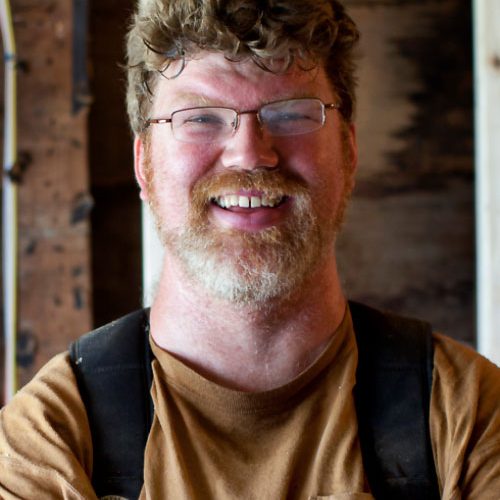 Ep.119: Moving from Carpenter to Owner with Brad Sawler

Today’s topic came from a subscriber who contacted Tim asking about making the transition from a single owner-operator to building a team and assuming the role of “Boss.”

Some remodelers just want to do the work themselves and stay small. They enjoy wearing all the “hats,” resigning themselves to the fact that they don’t have the energy or desire to take the next step.

This episode focuses on the transition and growth needed to take the next step. No better example than our guest, Brad Sawler, owner of Oxland Builders in Stratham, NH.

Brad Sawler, started Oxland Builders in 2003 with a partner intent on building high-end spec homes. As the company grew, Brad found himself being pulled away from the field more and more often. The time had come for him to take off his tool belt and focus on growing the business.

Since 2016, Brad has focused on sales, estimating and marketing. The company has grown to a field staff of 7 with plans to hire more personnel in 2021.

This Episode Sponsored by: Builder Funnel​ 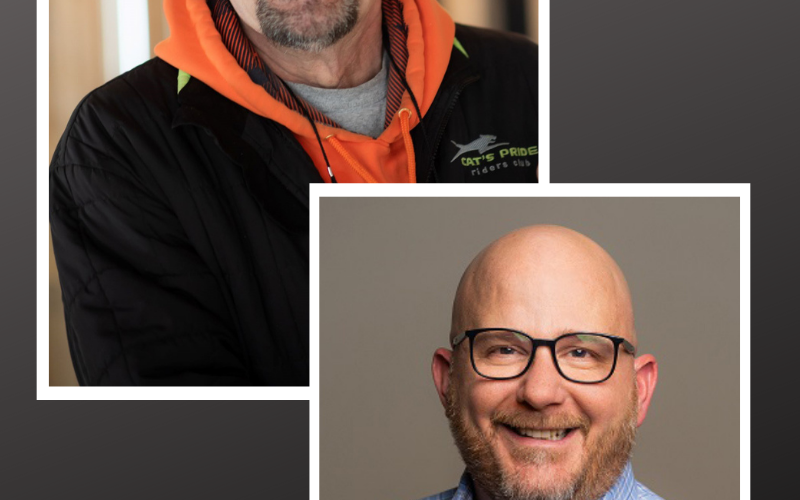 Ep.118: What Makes a Good Boss with Aaron Enfinger and Les Anderson

In this episode, we take a look at what it takes to be a good boss from an employee’s perspective, but also from the supervisor side as well, as both of our guests have risen through the ranks to become leaders of their respective businesses.

Our first guest, Aaron Enfinger, came up through the ranks and is now General Manager of the company he works for. And our second guest, Les Anderson, has been with his boss for almost as long as the company has been in business, in a market where there are many great remodeling companies.

Les is a Field Supervisor Sylvestre Remodeling & Design. Les has over 42 years of construction experience, including 36 years in residential remodeling. He has been with Sylvestre for over 34 years, and a field supervisor for twenty years. 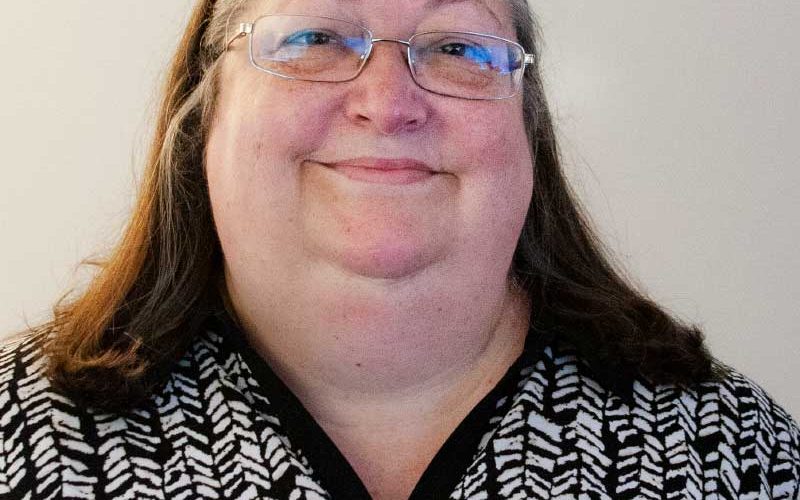 We are well into the Covid crisis of 2020 and we are starting to hear of people struggling with the stress.

We also see business owners and production leaders that are working like crazy to handle the surge of business, catch up or even to just make it all work.

Our guest today is someone that deals with people everyday that are just trying to deal with life and the stress it can bring.

Tim’s wife, Marian Faller, joins the show today with insight and advice on handling and dealing with stress in the workplace, and in your personal life as well.

Marian, a Licensed Independent Clinical Social Worker (LICSW), is a psychotherapist working in Rhode Island for over sixteen years through her private practice, Cornerstone Counseling. She excels at providing customized counseling for individuals, groups, and couples with relationship, mental health and addiction concerns. 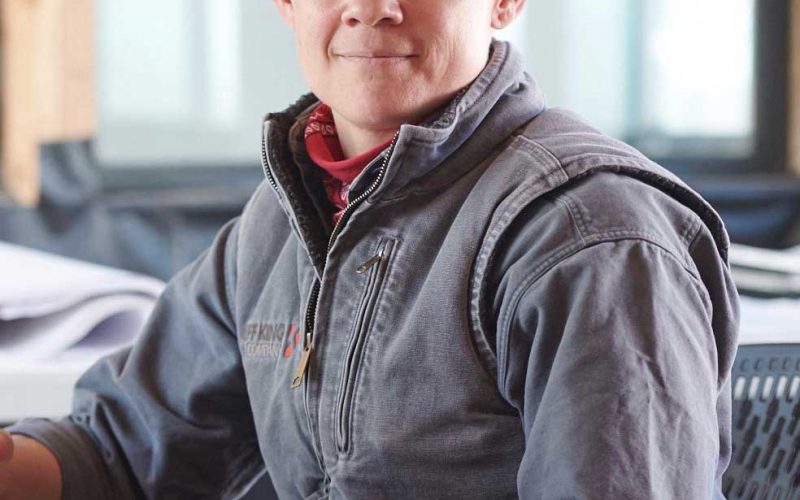 In the last episode, we talked about the importance of Daily planning with Billy Andrews from Schloegel Design Remodel. In this episode, we take another step by talking more about how to approach planning and orchestration for larger, more extensive remodeling projects.

This topic of planning actually came from one of our subscribers, so keep those ideas coming… We love topic suggestions!

Once again, we tap into the vast talent pool we have here at Remodelers Advantage and welcome Andy Moore, Site Superintendent for Jeff King and Company, to the show to discuss her experience in planning for these types of projects.

Working in the remodeling industry since 2006, Andy came to San Francisco and to Jeff King & Company as a Lead Carpenter in 2012 and transitioned to site supervision duties in 2015. Most recently, Andy supervised the largest project ever undertaken by Jeff King & Company, a 32-month “whopper” with a number of sequencing challenges.

Our Sponsor for This Episode: Wellborn Cabinet 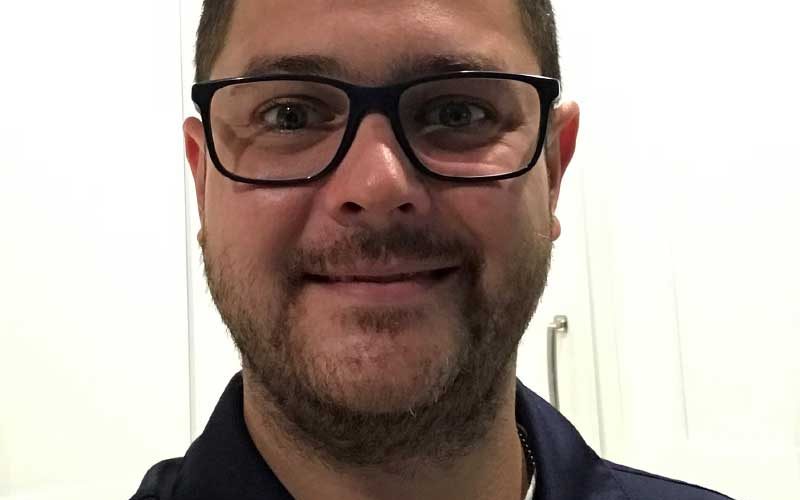 Ep.115: The Importance of Daily Planning with Billy Andrews

As you have likely heard us request ideas for show topics and guests, we are happy to deliver with this episode, focusing on the importance of daily planning. This topic can be slightly different depending on the size of the project; this episode is focused on regular sized projects and we will cover planning for larger projects in a future episode.

To explore further, Tim and Steve welcome Billy Andrews to the show to look more closely at how he manages the process, how he put the tools down long enough to actually plan, and look at how he overcame the barriers that popped up along the way.

Billy has worked with Schloegel Design Remodel in Kansas City, Missouri for 5 years, transitioning from Lead Carpenter to his current role as Project Manager.

Our Sponsor for This Episode: Wellborn Cabinet 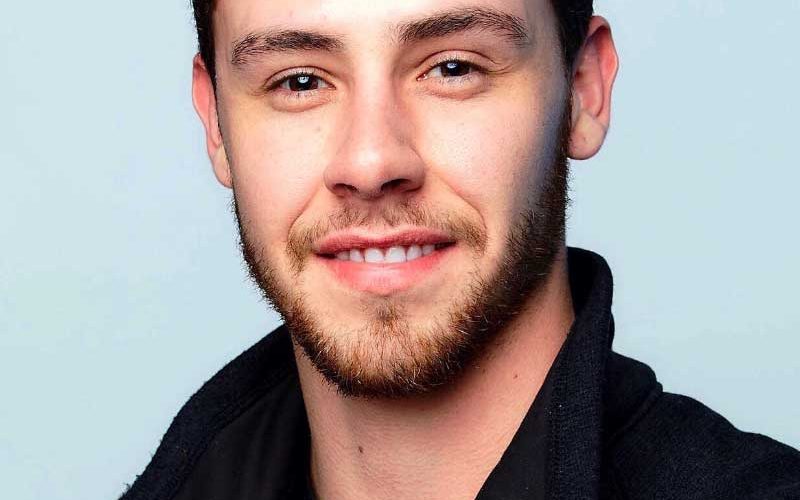 Ep.114: Building the Next Generation of Trades with Brek Goin

We have covered the challenges associated with labor shortage on this show and we have probably had more than ten guests that are directly associated with solving the issue and increasing the awareness and opportunity in the Skilled trades.

We have included many guests who are getting involved by putting together programs and initiatives, and not just talking about the problem at hand.

In this episode, Tim and Steve speak with someone who is making a difference and has gone about it in way that especially appeals to the new generation of tradespeople, and that is social media.

Brek Goin, is the Founder of Hammr, an online professional network and labor marketplace for the construction industry. Brek grew up working next to his father in construction and over the last three years has built one of the largest building-related communities on social media.

Brek joins Tim and Steve to talk more about his mission to build the next generation of construction.

Websites and social media links mentioned in this episode:
Hammr
Builders of Instagram

This Episode Sponsored by: Wellborn Cabinet

We are excited to have Wellborn Cabinet as a featured sponsor for The Tim Faller Show! 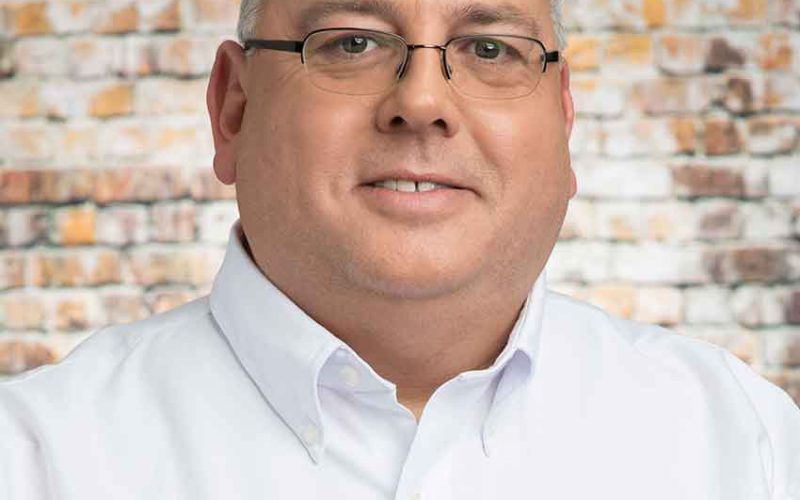 Finding and keeping good “help” can make or break your remodeling business. As a business owner you can recruit and interview candidates, maybe even hire one you think will be a superstar, and 2 weeks later you realize that not only are they a bad “fit,” they are destroying the chemistry and dynamic of your existing team.

In this episode Tim and Steve welcome back Doug Howard to discuss the challenges that remodelers face during the hiring process and ways they can overcome them.

Doug is the Director of Consulting for Remodelers Advantage and since joining R/A in 2017, has worked with hundreds of companies, developing strategic plans, streamlining processes, improving profitability, and navigating growth.

If you want to learn more: Free Webinar - “Building Your A Team”

This webinar is designed to provide insight and strategies for remodeling company owners and their leadership teams on how to hire more efficiently and effectively. Doug will provide ideas, steps and tools to help create processes for recruiting, hiring and onboarding to meet your company’s needs.

This Episode Sponsored by: Wellborn Cabinet 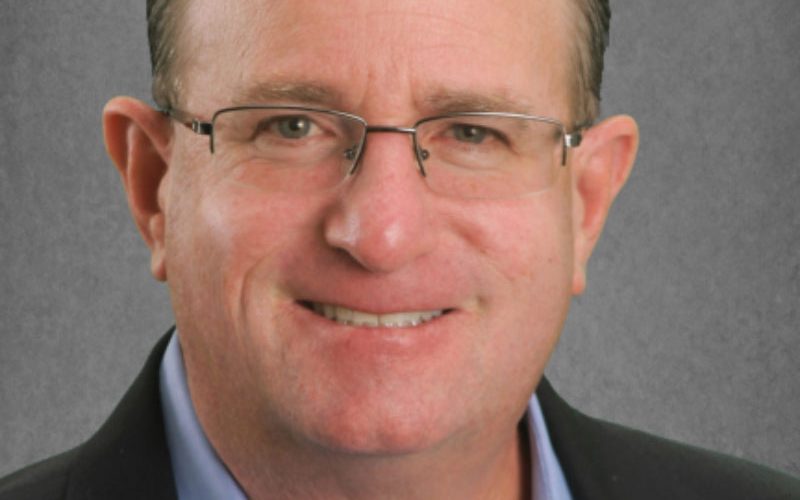 In this episode, we continue to explore outside of the production world, but touch on areas of the business that affect what we do every day. Remodeling sales is typically handled by the business owner, or perhaps a sales team if the company is large enough.

What if we got others involved in the sales process? Ideally, the entire team should be focused on client satisfaction and in some instances, that means project and production managers being able to upsell in the field.

Tim and Steve welcome Jeff Borovitz to the show to talk more about training your production team in the art of selling in the field. Jeff is the owner of Sandler Training and has advised, trained and coached small and medium-sized companies on developing stronger sales teams, closing more sales and leading organizational change.

Jeff Borovitz will be leading a course, starting in September, that focuses on client management training for Designers, Architects and Project Managers.
Click Here for More Information >>

This Episode of the Tim Faller Show Sponsored by: Wellborn Cabinet